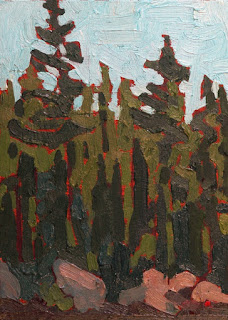 This was the afternoon of Day Two of the Canadian Parks and Wilderness Society (CPAWS) supported DRAW (Dumoine River Art for Wilderness) 2019. We were all eco-artists trying to assist with the awareness of the importance of wilderness in modern society. 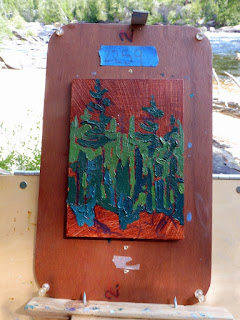 It was still hot and sunny after I completed #2258 "Walking Boots". I had to stay in the shade to paint between the periods of swimming in the sandy cove and the Dumoine current. I looked across the Dumoine Channel toward the trees on the eastern bank. I thought I could make an impressionistic painting of that and it might work.

I am always drawn to any deep forest. A daily walk through the Singleton forest is good therapy. The Japanese call it shinrin-yoku which means "forest bathing". The trees flood you with massive amounts of oxygen as well as the oils they emit to ward off insects and bacteria. These phytoncides have been found to boost our immune systems, lower blood pressure, reduce stress hormones, alleviate depression and increase your energy. Trees are the new super medicine. The planet and all of us need massive doses of trees and it comes without a prescription. Trees also lock down carbon at no cost.

About 45% of Canadians lived in cities in 1911 with this number soaring to 53% just a scant six years later after the "Great War". The trend of moving to the city was even set in motion during the time of the Group of Seven. A century later 81.35% of Canadians live in cities. The city environment bathes you in high noise levels, concrete and fumes not to mention the WiFi fog that pervades your screens and devices. 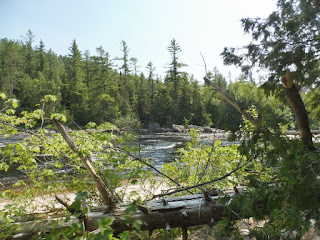 Allan Ross, a childhood friend of Tom Thomson wrote in his 1924 book "Reminiscences of North Sydenham" (Page 89) that "farmers of little more than middle age (were) retir(e)ing to the cities, to settle down and enjoy life. Perhaps they do, after a fashion. But they could live much more cheaply - and securely- in the country, and find there the life most worth living if they only had the mental capacity to appreciate it. The old saying still holds good that man made the town but God made the country, and we are speaking from a long experience in city life and the artificial pleasures and fleeting joys to be found there. There is a restlessness and craving for excitement in the young people of our cities that bodes ill for the future of the country. They value an education, but they value it only for the chance it affords them of entering some profession, where they will escape the - to them- degradation of having to soil their hands in the occupation of the mechanic or the farmer." Allan Ross's observations are even more accurate now a century later.

I wonder if Allan was writing about the Thomson family who moved from the farm in Leith to 428 Fourth avenue east, Owen Sound prior to 1917. Tom's father John, had been a farmer but apparently one who did not take the occupation too seriously.

I could be an eremite. (I had to look this word up.) An eremite is a synonym of hermit along with recluse · solitary · loner · ascetic · anchorite · anchoress · eremite · stylite · solitudinarian. By definition a hermit is any person living in solitude or seeking to do so. A hermit is also a hummingbird found in the shady lower layers of tropical forests, foraging along a regular route. That is what I do when I am looking for painting material. I fit into both meanings of "hermit". I rarely leave the waters and forests of Singleton and this is why. I am simply taking a bath immersed in the elements that I enjoy.

For this and much more art, click on Pixels. Thank you. 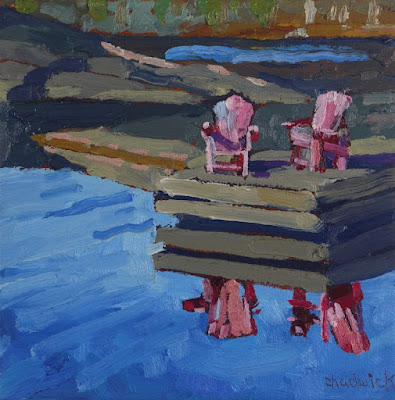 The Art of Phil Chadwick
I paint outside - nothing between my eyes and the inspiration. That special connectivity gets into the pigments and you realize that we are all stewards of the land, privileged to appreciate its beauty during our lifetime but responsible for leaving it better off for the future and all inhabitants... A man of many hats, Phil was born and raised along the St. Lawrence and trained at Queens University as a nuclear physicist. He has worked for Environment Canada as a meteorologist since 1976 specializing in severe weather. He has farmed, raised bees, written weather and nature books and articles, lectured and instructed classes, seminars and presentations in art, meteorology and the science of Tom Thomson. An avid canoeist, birder and naturalist, Phil paints mostly "en plein air" allowing his passion for life and the environment shine through the canvas. He started painting in 1967 and never stopped.